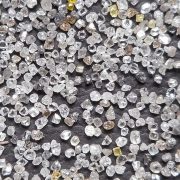 Diamond is considered to be the most valuable of the stones. It is used as a jewelry tool as well as a tool for cutting glass and other stones. One of the derivatives of the element carbon is graphite, and the other is diamond. It was first discovered by the French chemist Lavoisier that diamond is pure carbon. Lavoisier burned the diamond and when he saw that the combustion gas was only carbon dioxide, he concluded that the diamond was carbon. Diamond is resistant to high heat, but you can melt it at 3547 degrees.

As we mentioned, the most distinctive feature of a diamond is its hardness. It is indicated with the highest number (10) in the “Mohs hardness indicator” used in mineralogy. This means that it can scratch all other minerals. Only another diamond can cut a diamond and the diamond is not affected by acid. Due to its hardness, its use in industrial tools has gained great importance. In addition, it is a valuable jewelry item due to its durability and refraction of light very well. Since diamond is a precious metal, artificial diamonds have been produced for industrial use, but it is easily understood whether the diamond is artificial or not. The artificial diamond has no value as jewelry, so a certificate must be requested when buying a diamond.

Carat is used as the unit of measurement for the weight of the diamond (1 carat is equal to 200 milligrams). Carat is an English word.
The Arabic word is Kırat and the meaning of carob is carob bean. Since the weights of these seeds are the same, they were used to measure weights less than 1 g. The weight of 1 carat is 0.200 g. has been accepted as

The properties of the diamond give it the feature of beauty and precious jewelry. Its ability to refract light is very high, that is, the beam it accepts is more than the beam it reflects. Likewise, its ability to separate the white beam into colors is also quite high. When you look at a real diamond, you can see the 7 colors of the rainbow.

They are of two types according to their ability to trap radiations.

The first type is those that absorb (absorb) visible light;

Diamond is an excellent electrical insulator and the material with the highest thermal conductivity. Due to this feature, it can be cut without being damaged. 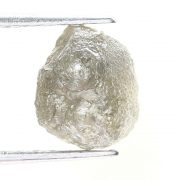 A diamond is a processed form of a diamond. We will also publish a more detailed review of the diamond, but let’s summarize. There are 57 facets on the diamond. Facet is the name given to angled surfaces that reflect light. One of its important features is that it can cut anything and is very hard. The only thing that can enter a diamond is light and only another diamond can cut a diamond.

Diamonds are evaluated in different criteria such as cut, color, clarity (cleanliness), carat. We will cover Diamond in detail in our next articles.